The Selection Pane in the Compositing Mode is the place to: 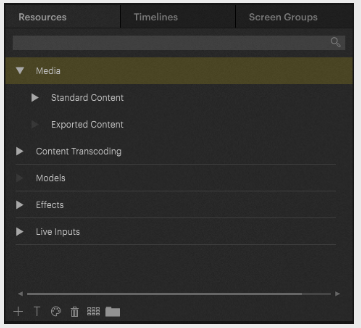 Resources contains and allows to add and re-arrange a project's Media, Models, Effects and available Live Inputs on all systems in the network. 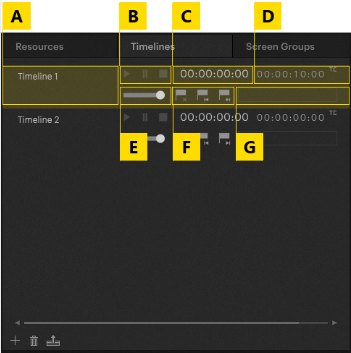 Timelines lists all existing Timelines. Next to the Timeline's Name (A), it shows the Timeline's transport buttons and state (B), which can be controlled by clicking the respective icon. On the top right it shows their current Timecode position (C) and the time to the next Cues‍ (D). The second row contains a slider for the Timeline's Opacity (E) and the three following buttons: Toggle State of Next Cue, Jump to Preceding Cue, Jump to Next Cue (F). On the bottom right a text field indicates the label of the Timeline's upcoming Cue (G). 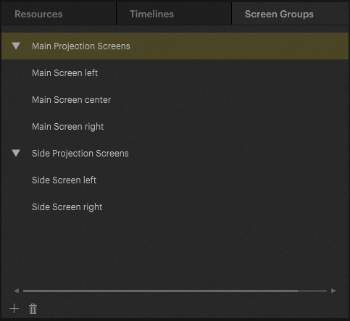