In Pixera, there is an option to choose how the texture is passed to the outputs.

The setting for this can be found in the Inpector of the screen used in the Screens tab.

The following example of a screen with four projectors and two engines should explain what happens to the texture by selecting a different setting. 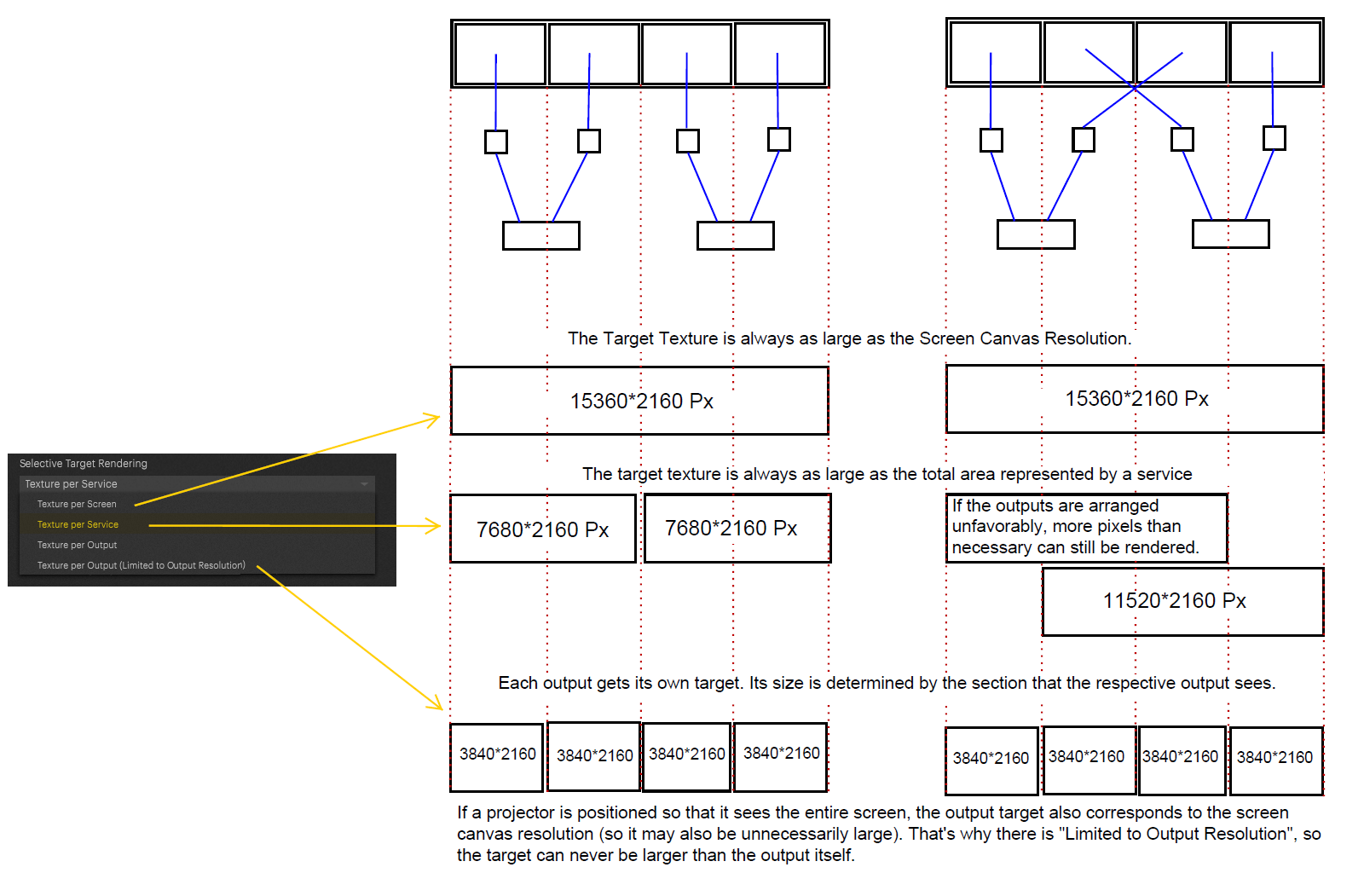 These settings are used for moving/tracked screens for example. In these cases, the entire texture must always be available in the graphics cards/outputs, so that all pixels are available during movements and nothing is clipped.

This is the default setting that fits for most setups. Problems only occur if on a very large screen two projectors, one at the beginning and one at the end are connected to one service - so this service would have to load the whole screen texture - but if the screen texture is larger than the texture the graphics card can load (for example limit for Nvidia P-series is 16kx16k), then this does not work anymore. In such cases you have to switch to "Texture per Output".

Here a separate texture is created for each output. However, if a projector is at an angle to the screen so that it sees the entire screen, the texture would be much larger than necessary or processable - thus there is the suboption "Limited to Output Resolution".

These settings have nothing to do with content splitting. The content itself is loaded and sampled as a whole for each setting.

If performance limits are encountered, the content must be split manually and possibly limited to individual machines. The limitation can be made with the function "Restrict to Machine with IP Address" in the layer settings.

"Why does "texture per screen" exist at all?"

Because with moving objects it is not possible to predict which section will be needed. That's why the entire texture must be available.

Because it is more efficient for the engine to render less textures. So it's e.g. better to render 1 x 7660*2160 px instead of

Restric to Machine with IP Addresses

To avoid content that is not intended for a server (for example, large projections with many projectors), Pixera allows you to limit the rendering of a layer to specific servers.

This function can be found in the settings of the layer in the compositing tab in the inspector.

It is also possible to assign the layer to multiple servers. Both IP addresses must be entered and separated by a comma "," 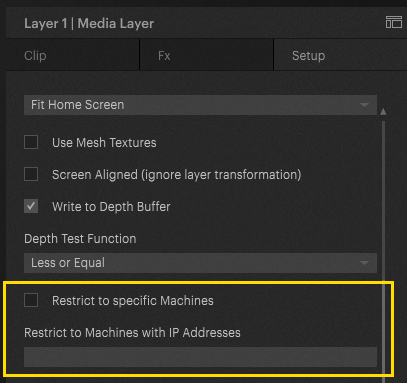