For the output of audio files Pixera offers its own audio engine.

In addition to "dynamic resampling", this audio engine also supports "micro-pitching" to ensure synchronicity between video and audio.

Audio files can be imported to the resouces in Pixera exactly the same way as video files. Either via dragging and dropping them from the file explorer or by hitting the plus. For further information on how to add media files to Pixera please have a look at Media Management‍

By dragging and dropping audio files from the resources tab to the timeline, audio can be placed on layers. This triggers automatically the preview file creation to display the wave form in the clip on the layer.

The Inspector on the right hand side shows information about the audio file by selecting it in the resources tab. In here the file name, the original duration, the sample rate, bit rate and the number of audio channels are listed. 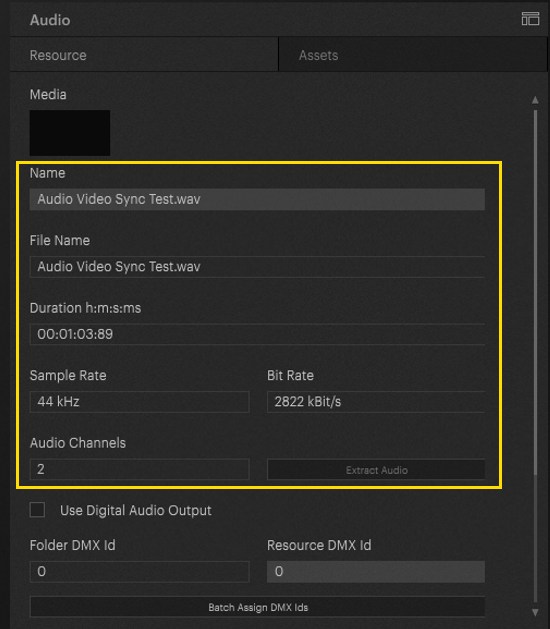 Video files can also contain audio channels. In general Pixera supports this types of media files and is able to playback video and audio of such files.

To find out if a video file contains audio as well, just select it in the resources tab - the Inspector then shows the available audio channels on the right.

Video files with embedded audio can be used on the timeline like any other media file. Audio is simply displayed as a separated Volume track within the Videoclip which can be keyframed.

To still be able to use the audio track independently of the video track, there is the "Extract Audio" function. This separates the audio track from the video and adds it to the resources tab as a separate file. 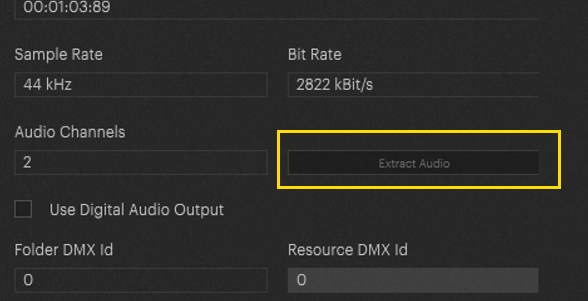 To select the channel over which the audio file is to be played, the layer must be selected. In the Inspector, you will find the option "Audio Base Channel" in "Setup". The Base Channel determines on which output channel of the sound card the audio file will be played.

The channels of an audio file cannot be separated in Pixera. If you want to edit each channel individually, you have to import them into Pixera as a separate file. 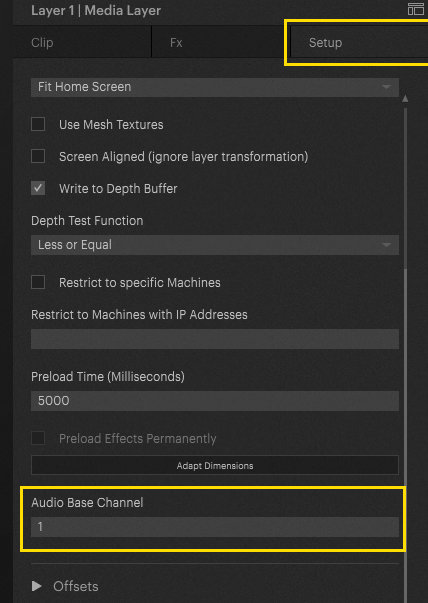 The desired sound card for playing out audio files can be set in Pixera in the Settings.
In the settings you will find the entry "Audio". Here you can set the desired interface, driver and sample rate.

The supported drivers are:

Depending on availability and support, different modules and sample rates are displayed 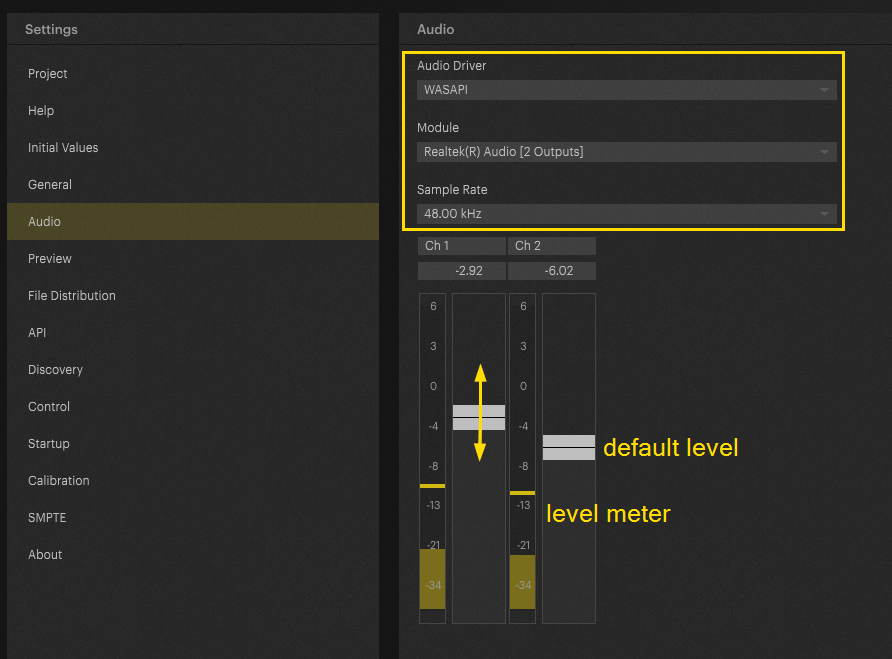 A default level can be set on each channel. When the audio file is played, a level meter shows if the channel is overdriven.

By selecting such a file in the resources tab, the Inspector shows i.e. 6 available channels on a 5.1 channel audio file.

In addition, the driver "MME" and the correct module must be selected in the Audio Settings of Pixera. 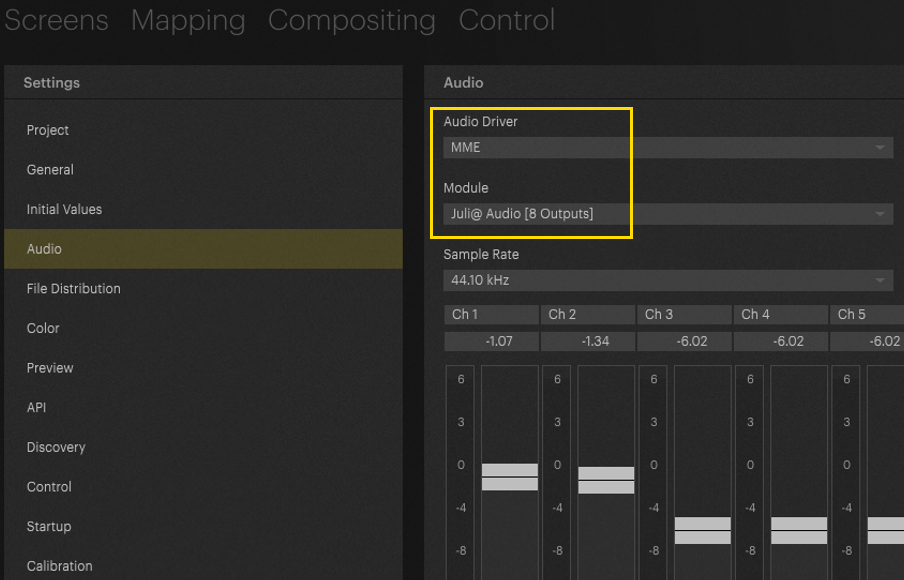 Afterwards the file can be dragged onto the layer for playback in the usual way.